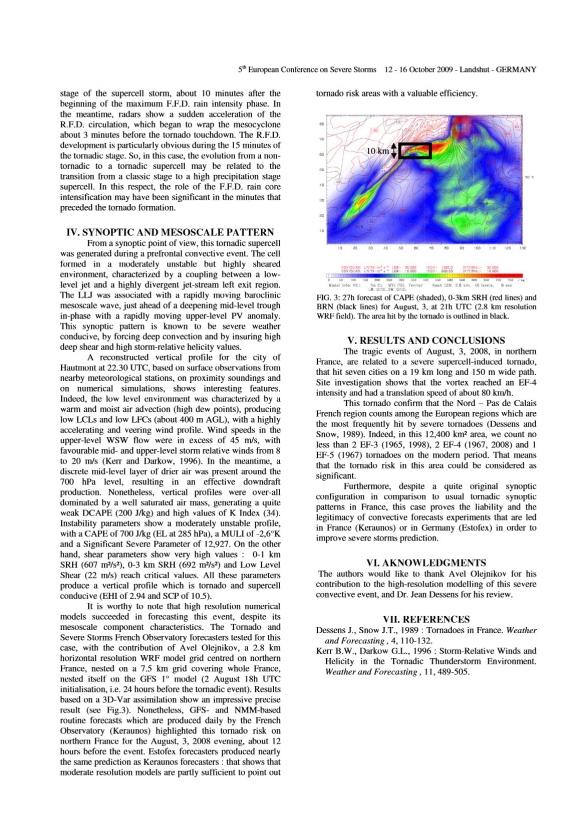 A strong tornado hit seven cities of northern France in the late evening of Sunday, 3 August 2008, causing severe damage along its 19 km path from Pont-sur-Sambre to Boussois. Three people were killed in the collapse of their house and 18 were injured. More than 1000 houses were damaged and several thousand of trees were uprooted or fallen down.
The authors led a damage survey in the hours that followed the disaster, then investigated this case, in order to determine precisely the characteristics of this tornado and to better understand the conditions that led to its formation.